Why the Blue Camo Underwear Makes a Splash

Read on about the creation of Blue Camo, TBô's first all-pattern underwear, and why it’s so important!

We are excited to introduce the latest additions to the TBô menswear line: the Blue Camo Underwear and Mask!

Beyond the bold new design and all-pattern printing - a first in the menswear collection - the Blue Camo underwear and mask represent TBô’s ongoing mission to provide menswear that men actually want.

But first, let’s give a bit of love to these new additions to the TBô menswear line: the Blue Camo Underwear and Mask! 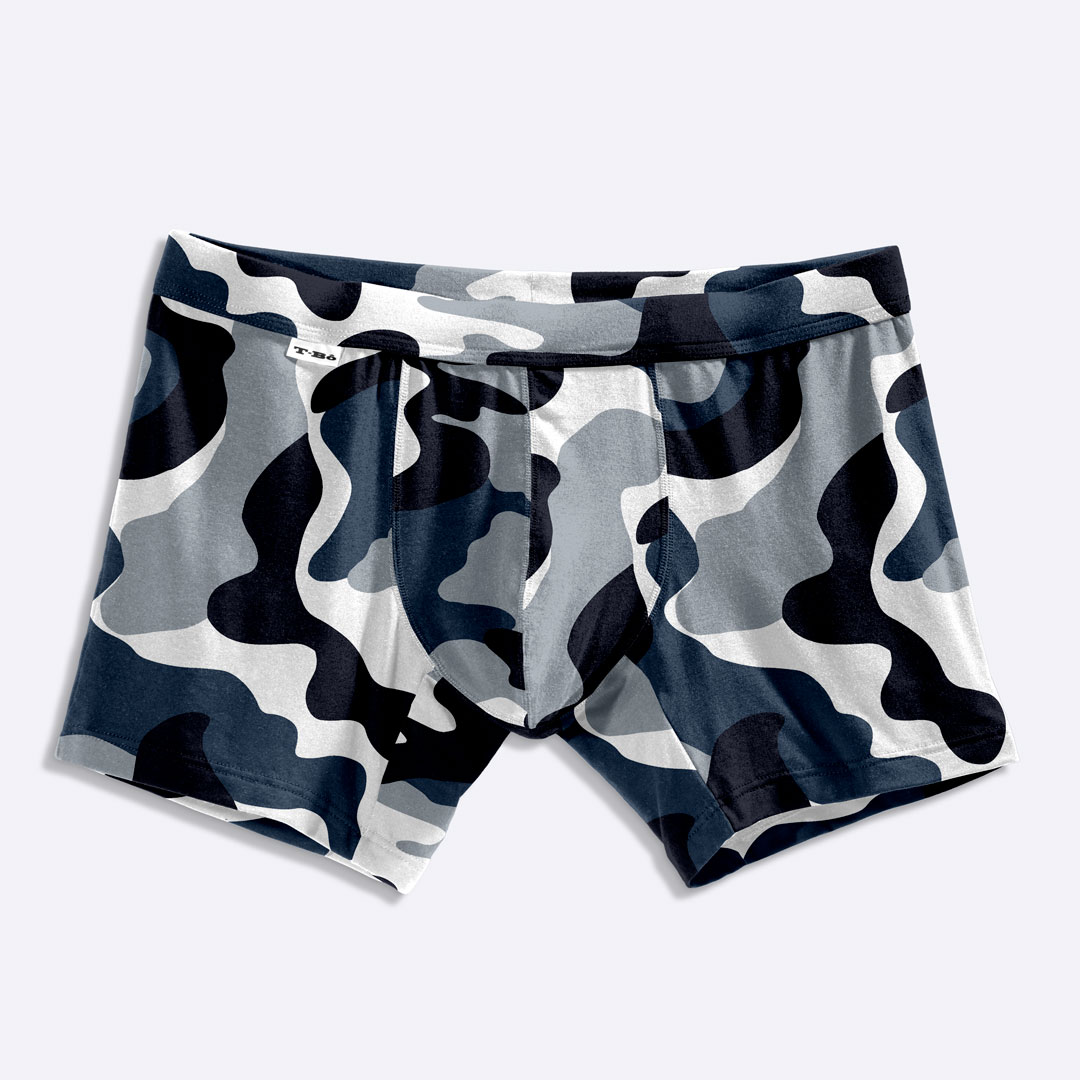 The Blue Camo line of underwear is especially exciting because it is TBô's first all-pattern underwear! This design has been requested by the community for quite some time, and it is a pleasure to deliver in full.

The Blue Camo Underwear is a bold departure from the standard menswear line, and offers new choices for the fashionable man. The blue color pattern was specifically requested by community members, and it isn’t hard to see why: whether you’re at the beach or on the go, the blue camo pattern is sharp, flashy, and eye-catching.

Of course, the Blue Camo Underwear is made from the comfortable, high quality bamboo viscose fabric used in the TBô menswear line (including the best-selling TBô 3-Pack), which means it’s smooth as silk, keeps you clean and dry throughout the day, and sits snug and comfy no matter how active you are. Naturally, it will be available in all three underwear cuts: briefs, boxer briefs, and trunks.

We thought the Blue Camo pattern was so cool that it needed to be featured on another new product. So, as another addition, the Blue Camo design will also be available as a new design in the TBô line of face masks! Nothing says “sharp” like a matching outfit, and the Blue Camo mask gives you another way to accessorize with style while staying safe when you’re out and about.

Get early access to the Blue Camo underwear and mask today

We all express ourselves in a variety of ways. How we walk, how we talk, and –perhaps most importantly–what we wear.

The process of creating a new style of underwear goes through many stages: from sourcing ideas and materials, to prototyping and testing, we spend the right amount of time to ensure that we get every detail just right and guarantee the high standards of quality that the Tribe expects from TBô. And, of course, we include our co-creators at each stage to make sure that they have a say in the underwear they wear.

A big part of driving sustainable fashion forward is creating the clothes you actually want to wear. And, giving you what you want means creating and designing new looks for our 400,000-strong community, giving each person the most choices that make them look and feel good.

The new Blue Camo underwear and mask are a representation of that ethos–working together to give you the perfect menswear for your wardrobe.

Want your own pair of the bold new Blue Camo design? The TBô Blue Camo Underwear will be live for sale starting August 15! Be sure to get early access to your own set of Blue Camo briefs, boxer briefs, and trunks – not to mention masks!

More from our Blog
Anime Summer Season 2022: What to Watch?
MEN
GAMING
A new version of this app is available.
Reload to update Close