5 Best Cities To Visit On A Budget In The USA

On a tight budget but want to get out of town? Here are 5 great spots

The USA is the home to some of the biggest metropolitan cities in the entire world - Los Angeles, New York, Las Vegas, San Francisco, and Chicago to name a few. All of them offer plenty of opportunities, however, the thing about these fan favorites is that they're not only packed with millions of people but they're also very expensive to visit and/or live in.

There are many cities in America that you can visit on a budget, where you can also have a lot of fun and be able to explore, visit popular tourist attractions and do all of this while saving a lot of money.

They are easily accessible by any means of transport (airplanes, buses, cars, and trains), and they also offer some very affordable accommodations, which is definitely not the case for the aforementioned metropolitans or other big cities in the country.

With that being said, here are the 5 best cities to visit on a budget in the USA: 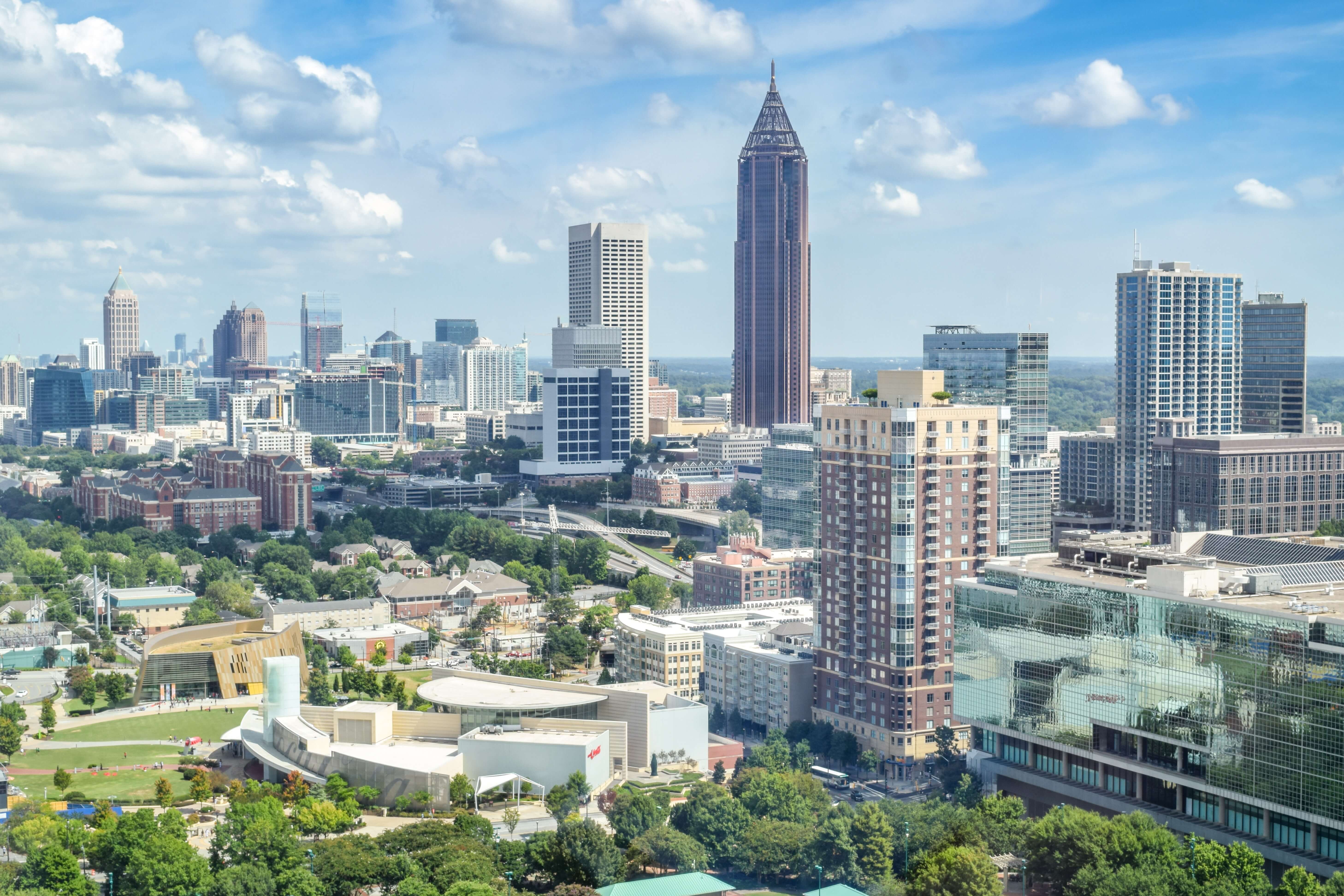 Atlanta is both the capital and most populous city of Georgia.

It is the home to over 500,000 citizens and is one of the country's major airline hubs.

Ever since the town hosted the 1996 Olympic Games, it became the home of many annual sporting events, as well as outdoor activities.

Amongst some of the most fascinating things about Atlanta are its tourist attractions - the Georgia Aquarium, Atlanta Botanical Garden, Piedmont Park, Zoo Atlanta, High Museum of Art, and Martin Luther King Jr. National Historic Park are just some of the many sights that you can find in the area.

Speaking of which, if you are interested in saving cash while traveling to Atlanta, choose to fly there. After all, there is a reason why since 1999, the local airport (Hartsfield-Jackson) is known as the world's busiest airport.

Literally the entire United States passes through there on tons of layovers. What does this mean? Due to the high capacity of traffic that this airport can handle, you can find flights there for a pretty good price! 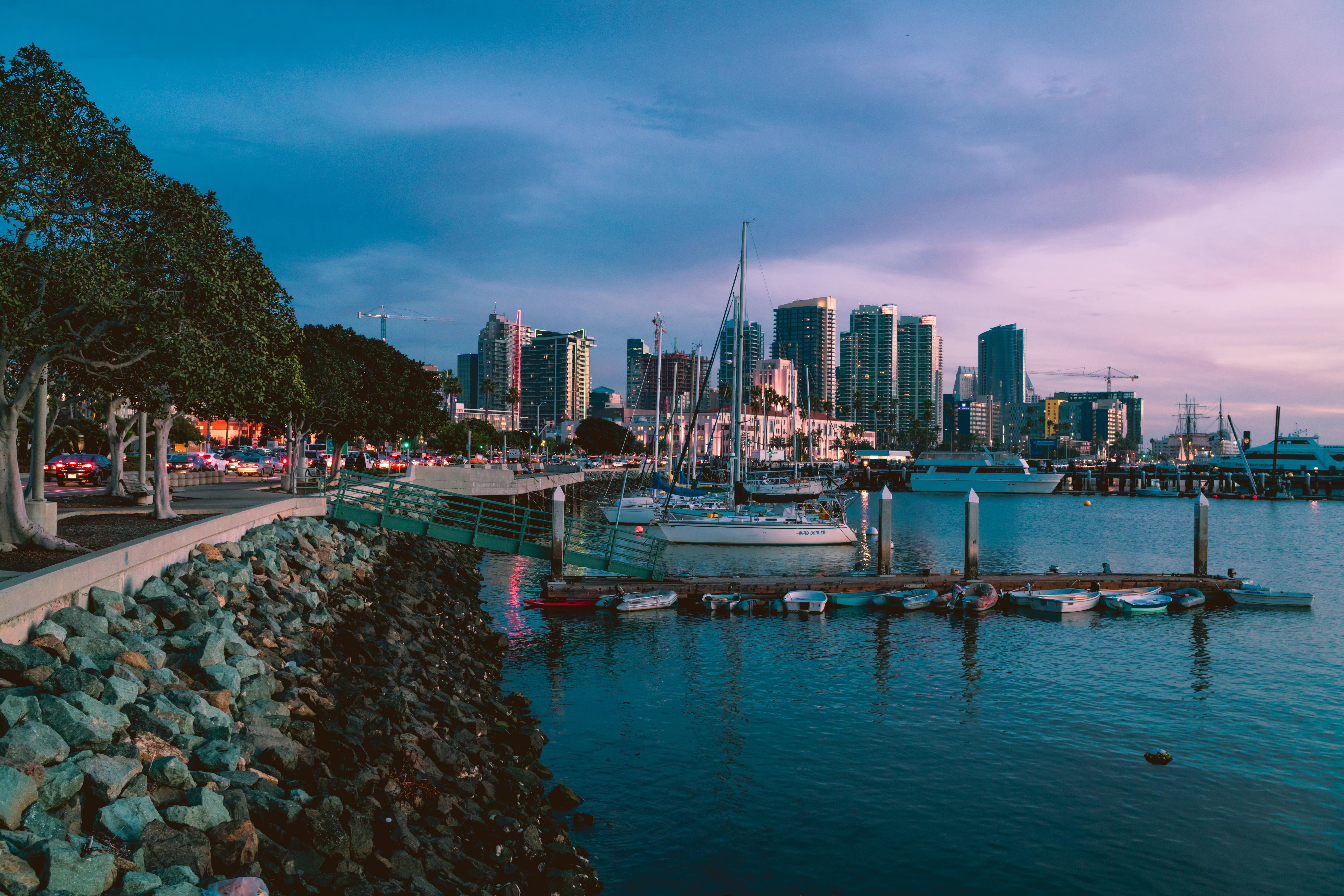 One of the most precious gems in California is San Diego.

It's located near the metropolitan Los Angeles and San Francisco, and that explains why it's one of the tourists' favorite cities to travel to and visit.

This Pacific oceanfront city is home to more than 1.5 million citizens and has some of the best attractions in the California area.

Some of the best places to visit there are:

Another great thing about San Diego is the near-perfect weather, which is great and remains warm for approximately 10 months.

Although, it's worth mentioning that April through October offers the best beach temperatures.

In addition to the wide range of sites and attractions (most of which are kid and family-friendly), California's beach city has diverse coastal, inland, and urban neighborhoods, where you can find not only sophisticated art venues, museums, and galleries, but also some very sizzling nightclubs and rooftop bars. 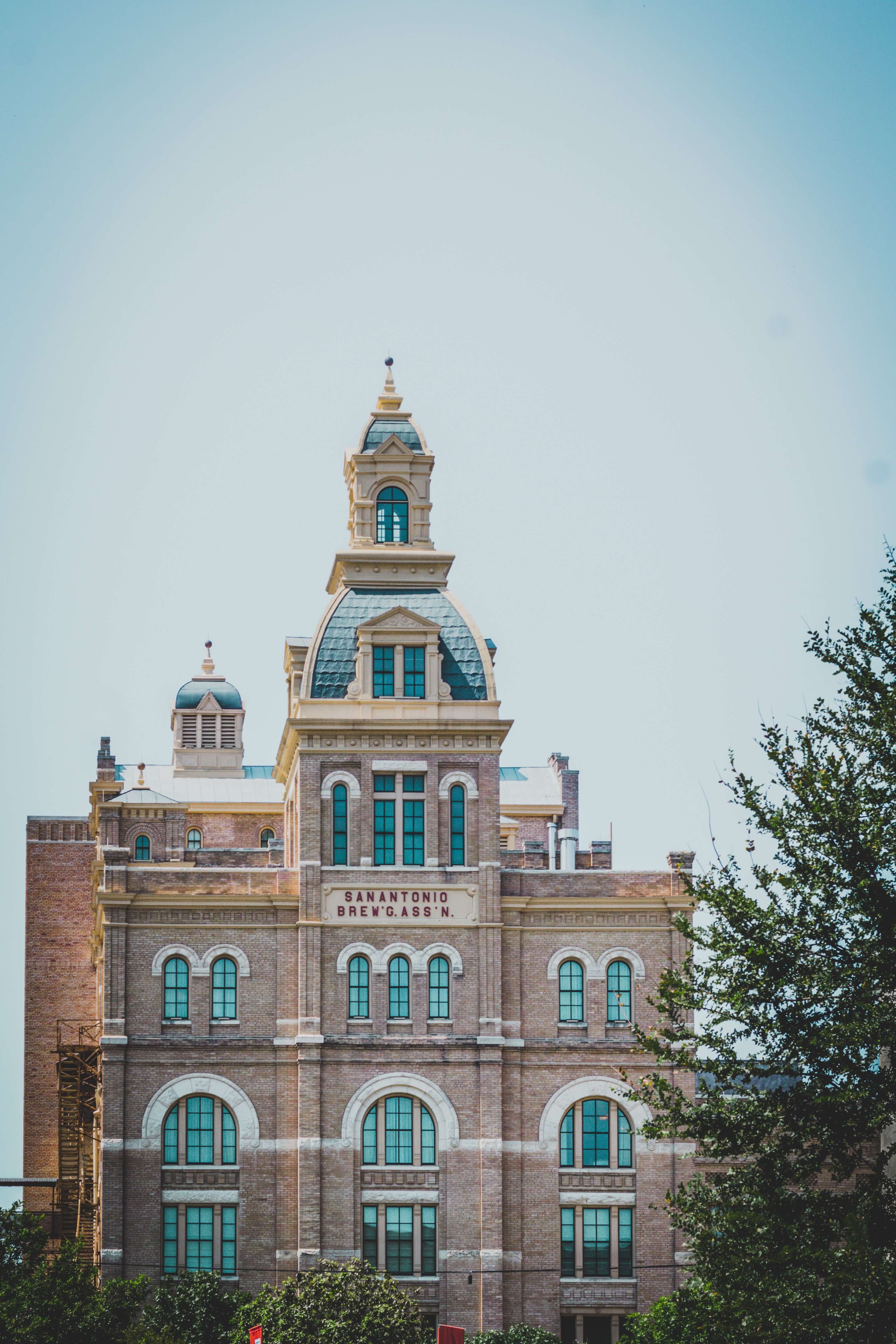 San Antonio is one of the fastest-growing cities not just in Texas but in all of the USA.

Every year, it welcomes more than 5 million tourists just for The Alamo, a Spanish mission from the 18th century preserved as a museum. San Antonio has a historical significance with a rich colonial heritage.

Besides tourist attractions and plenty of other things to do, the city is also famous for its fiestas, marketplaces, and delicious Tex-Mex cuisine.

Perhaps the best thing about San Antonio is that you can travel to it in any way you like - air, bus, car, or rail - and all of these options will save you plenty of time and money.

However, it's important to mention that a bus ride might be the best available option since San Antonio has a very extensive bus system. 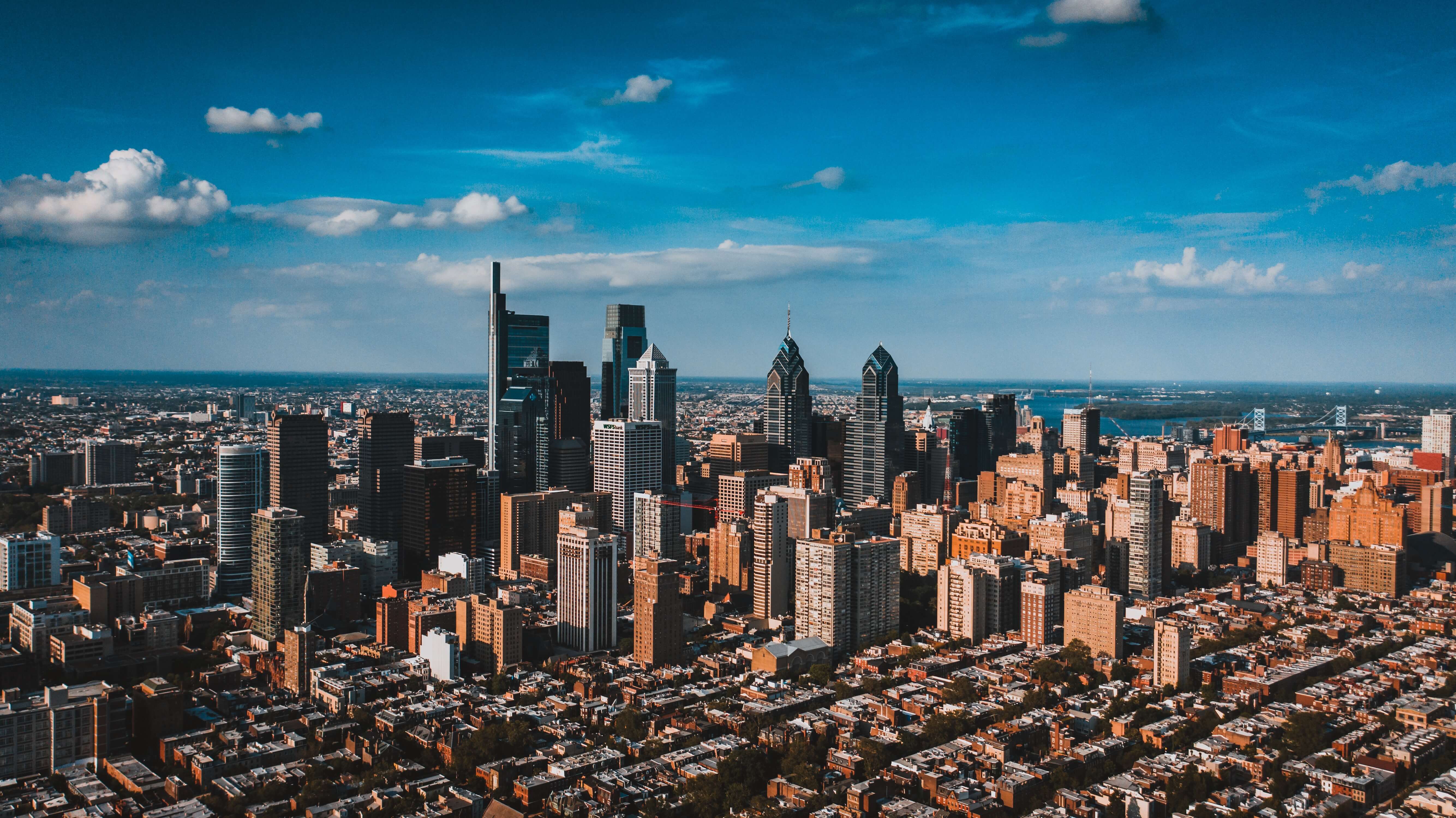 Philadelphia is a very cheap alternative to its neighbor New York.

It's packed with historical sites, unique street food, and lots of attractions.

Known as "The City of Brotherly Love", the biggest Pennsylvanian town (and capital) is a major Amtrak hub that is famous as the birthplace of liberty, life, and pursuit of happiness. It has everything for everyone.

When it comes to Philadelphia, it's known for its wide variety of artistic, cultural, culinary, and multicultural treasures. Because of the Amtrak hub, you can easily travel by train in and out of the city, which will surely save you a lot (unlike The Big Apple).

Just like Atlanta, however, the flights from and to Philadelphia are relatively cheap, so that's another option to keep in mind.

Among some of the things that you can expect to find in Philadelphia are the Museum of Art, Liberty Bell, Independence National Historical Park, Independence Hall, Eastern State Penitentiary, and Reading Terminal Market. 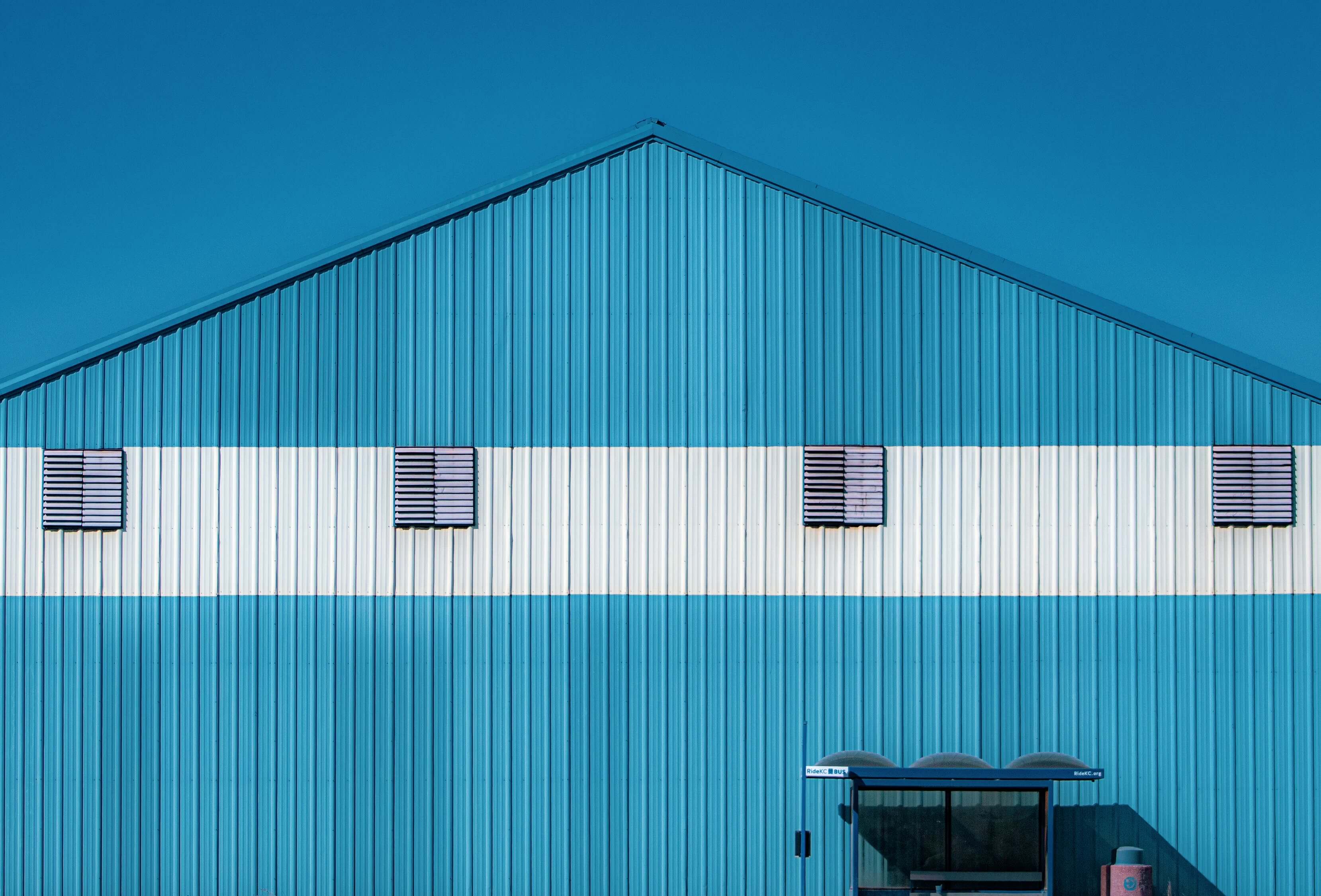 This is the town that has been consistently winning awards in magazines, with the most notable being "Travel + Leisure".

Dubbed one of America's favorite cities, Kansas is the home of 500,000 people, which makes it the largest city by both population and area in the Missouri area.

It's situated in the heart of the Midwest (literally in the middle of the country) and it's also a perfect destination for barbecue and high culture.

But what is it that makes Kansas City so special?

Well, besides being diverse in art, cuisine, and culture, Kansas also offers a lot of free attractions. The things that you can see (some of which are indeed free) in this part of America are the Nelson-Atkins Museum of Art, Worlds of Fun, Science City, Swope Park, Jacob L. Loose Park, and Kansas City Zoo.

Traveling to Kansas doesn't take too long from any destination, however, the cheapest and fastest way to travel is with airplanes. Perhaps the reason for that is the Kansas City International Airport, which has a competitive airfare and, unlike most, is not dominated by certain airlines.

Did you find this article useful?

YOUR NEXT READ: 5 Best Ab Exercises for Men